We’re coming up to a week since the IPA Westside Invitational Pro Open, in which Dave Hoff was given a 3005lbs world record total.

I have sat back and taken in the responses from the general strength community, Westside supporters and the lifters themselves, and other well known lifters not affiliated with Westside. The majority of the responses have been as I’d hoped; I’ve been pleased to see condemnation and even ridicule for the passing of that lift. Some people of course have defended the record, claiming “people are haters” (for upholding the rules of the sport I presume) or simply, “The lift was good”. As if there’s any doubt it’s high…The bottom of Hoff’s squat.

Some interesting articles have emerged on the subject and the greater issue of credibility in this sport and the lifting federations. A small selection of these:

1) Reds and Whites: The Power of the Lights by Brandon Smitley (My thoughts are in the comments under ‘Mark’)

2) Why We Can’t All Get Along by Paul Carter (If you only read one article on this subject make it this one).

However, the most powerful words were spoken by the Legend of powerlifting that is Steve Goggins (First to ever squat 1100 lbs in a competition. First to squat 500 kilos and pull 400 kilos in same meet. First 242 pound lifter and under to squat 1000 lbs).

“Wow! In powerlifting we have white lights and red lights. White/Yes and Red/No! Its okay to say NO! Stop giving what should be earned!!!!!”

“Powerlifters! If you lift in Feds that are known for passing BULLSHIT! Make sure your shit is legit if you care about your reputation!”

“Not every leader is a leader! IPA President, SPF President. Was told both were in judges chairs at same meet this weekend. True or False?”

“Powerlifters! These so-called leaders are destroying the integrity of our sport!”

“I love all powerlifters! But we all need to know our place. If you put yourself above the integrity of the sport! F*ck you! No love for ya!”

and finally, the best yet…

{my reply}
Yes there were issues with some of the same problems. But not as big as it is today. Then one or two lifts would be in question in a meet. Now you might have an entire meet be questioned for the judging. We did complain back then. And it did help when we did. Some lifts were over turned because of it. Shit is shit and I will no longer keep quiet. Not a chance in hell.
One big problem is people started these other feds because they didn’t tough it out and be a part of something because they or one of their friends didn’t get their way. When you start a fed you become a leader whether you are leadership material or not. And people follow and do what you say. Judge how you tell them. Make up new rules (IPA squat depth) Get it?! This happened over and over again. Then you get new lifters that learn from that bullshit. They never know what a real competition squat suppose to be like. Then they teach others and the cycle happens over and over again. How many feds have a committee to bounce things off? Think about that one. Not to mention the gear and shit that’s way over the top. Bury your head in the sand and it will only get worst! Ruffle some feathers and hurt some feelings and you might see some change. I could go on and on… “

This means a lot coming from Steve, especially since his picture was displayed on the wall at the actual meet alongside other Powerlifting Legends. 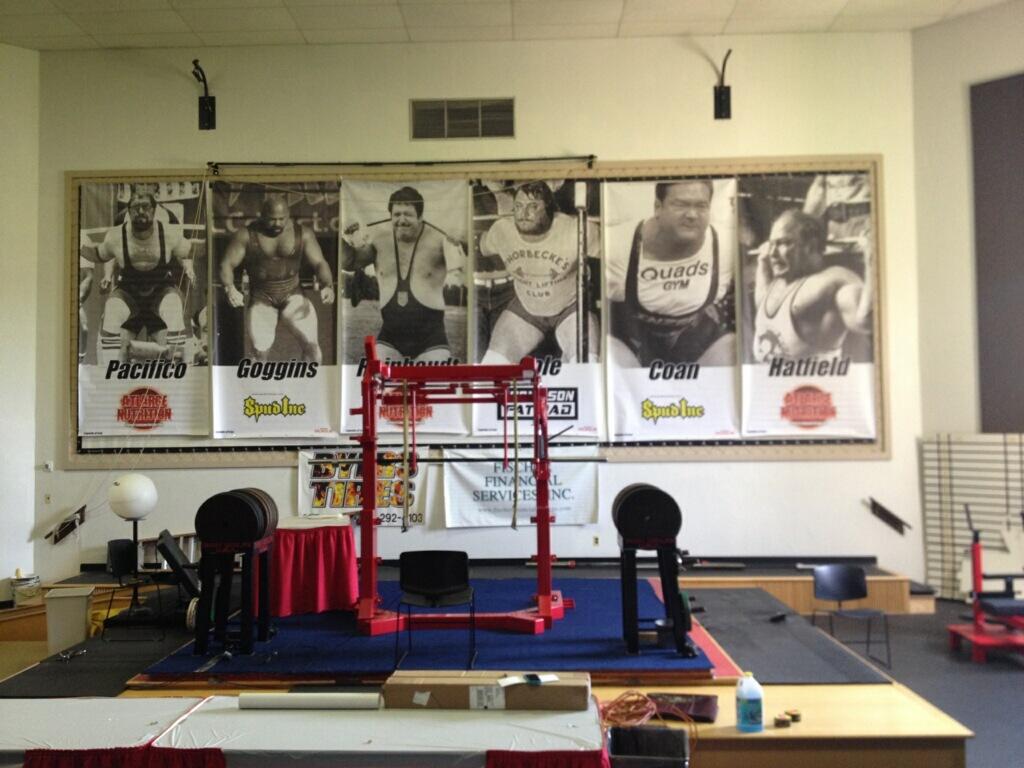 Steve has essentially called a turd, a turd. And he should be commended for it.

3. Upon receiving the Chief Referee’s signal the lifter must bend the knees and lower the body until the top surface of the legs at the hip joint is lower than the top of the knees. Only one decent attempt is allowed. The attempt is deemed to have commenced when the lifters knees have unlocked.

It’s time to take back the sport we love. Team Goggins.

2 thoughts on “A Legend Speaks – Goggins on ‘The Hoff’ Debacle.”